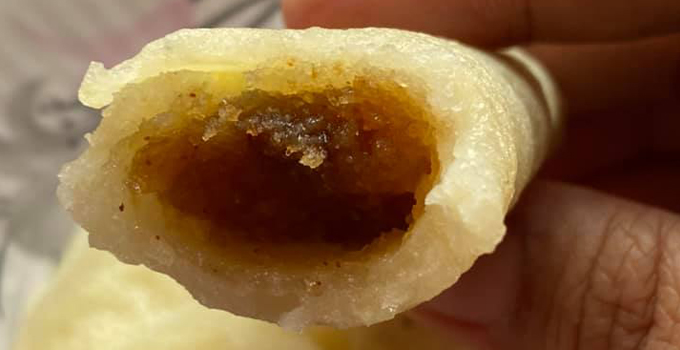 According to the Oxford dictionary, the word “sweet” depicts a kind of taste with the properties of sugar or something that is not savoury, bitter, or sour. To Bengalis “Mishti” means a dessert for which the main ingredient would be either or a combination of the following elements milk, chhana/paneer/cottage cheese, besan/chickpea flour, rice flour, puffed rice (Muri), flattened rice (Chire/Poha), popped rice (Khoi), coconut shavings and the sweetener will be either white sugar of or date palm jaggery (seasonal). Among all the ingredients, chhana is the most widely used, chhana is nothing but the Indian version of cottage cheese which is referred to as “paneer” by the rest of India and as Chhana, Chhena, Sana (Asam) by north-eastern India. Sometimes chhana is mixed with one or two of the other elements to create variations.

“Misthi” for Bengalis is not just a food item it represents their culture and tradition, whether it’s a get-together, puja at home or a celebration like a wedding, a temple feast “Mishti” is not only inevitable but the star of the show. 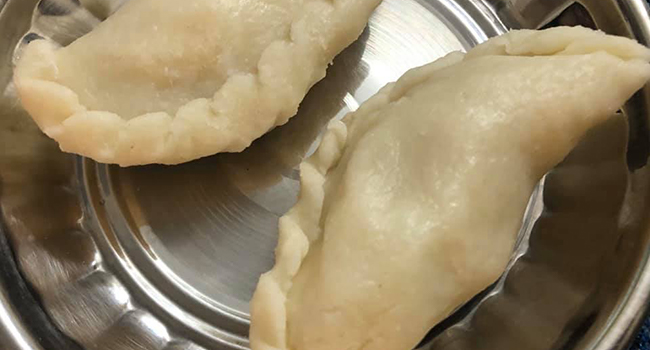 Here are some names of Bengali sweets that don’t use chhana as their principal component like Mishti Doi, Rabri, Payesh (Kheer for rest of India), Jilipi & Amritti (called as Jalebi otherwise), Dorbesh, Patishapta, Malpoa (Malpua), Narkel Naru (laddoos made of coconut shavings), Puli Pithe, Sitabhog, Mihidana. Some sweets are moist (“ros-er mishti”) and some are dry (like “Sondesh”), and some are a combination of both (like “Jolbhora”).

It is impossible to cover all types of Bengali sweets within the boundaries of one piece of a write-up, but I would like to talk a tad deeper about the ones that are my favourite! 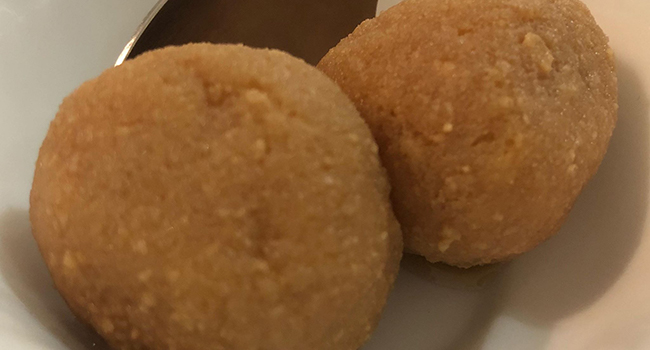 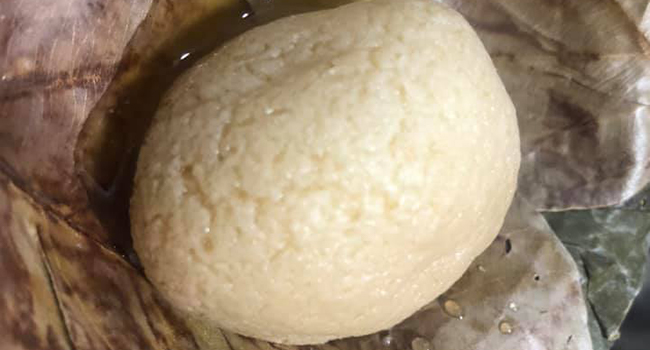 Despite the rows between Bengali and Odia communities on who made Rasogolla first, the World recognise it as one of the most extraordinary desserts from the Indian subcontinent. Primary ingredients to make Rasogolla are chhana and white sugar. Chhana made from full fat cow milk, and the sugar should be white refined fine-grained. Of course, Rasogolla by no means is health food no matter how dearly Bengalis promote it as one! Chhana once prepared and cooled to room temperature is mixed with sugar, semolina, all-purpose flour (secondary elements vary depending on the recipe) to create the perfectly round-shaped balls, and then more sugar and water are used to make the syrup (Ros/Chaasnee). There are other Rasogolla spin-offs like Rasmalai, Chom Chom, Rajbhog, Chhanar Payesh (even Pantua, Ledikeni, Langcha are Rasogolla improvisations). During winters there is a premium variety made with date palm jaggery instead of sugar.

In Kolkata Dhiman Das maintains that his ancestor Nabin Chandra Das who established a sweet shop in Jorasanko of North Kolkata back in 1864 had invented Rasogolla. In Odisha, they believe in a myth that says that Rasogolla was offered to an upset Goddess Lakshmi as bhog by her husband Lord Jagannath and they celebrate the ritual as “Niladri Bije”, Lord Jagganath’s return to Shree Mandir, the last day of Ratha Yathra in Puri. They marked the return of Lord Jagannath as Rasogolla Dibasa, to authenticate the foundation of Rasogolla ((the first celebration was on July 30 2015). Regardless, it is fair to say that no matter wherever the origin is Rasogolla prevails to be one of the most popular desserts of India. 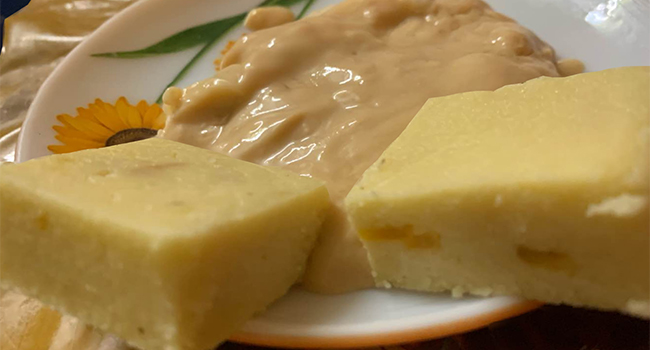 Another Bengali dessert made with chhana and sugar/date palm jaggery depending on the season. Sondesh plausibly exists in the maximum number of variations across Bengal. There are distinct categorisations labelled as Koda Paak (hard knead) and Narom Paak (soft no-knead). Bengali sweet aficionados fancy Gur Sondesh (the one made with date palm jaggery) over other kinds. Kolkata Bengalis love their Koda Paak, especially the one described as Jolbhora it is a heart-shaped Misthi and at the centre, it has jaggery syrup filling, the 2018 film Dhadak, suggests several references to this one. Another well-known form of Sondesh is called Kanchagolla. Then there is Sorpuria, but Bengalis may debate deciding whether it is a type of Sondesh or a completely different “Mishti”. There is also Makha Sondesh usually available in smaller towns and villages. This type of Sondesh is a slightly grainy, soft no-knead almost Kheer like dessert. 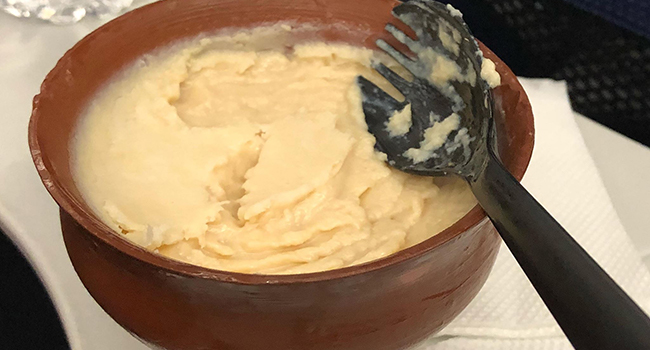 Ah, the little too sweet variety of curd only ever available in Bengali dessert shops and nowhere else! Yes, though nowadays there are some brands like Mother Dairy, Epigamia offering “Misti Doi” but then the unadulterated taste can be only be felt (yes, you read it right, you have to feel the taste!) when served in an earthen bowl called Matir Bhanr (Kullad). Main elements consist of milk, curd culture, and sugar or jaggery. Of course, the milk has to be full fat and sugar has to be white refined fine-grained and if jaggery then the date palm. The fermentation process is much longer than that of regular curd, and it also varies depending on the weather conditions. 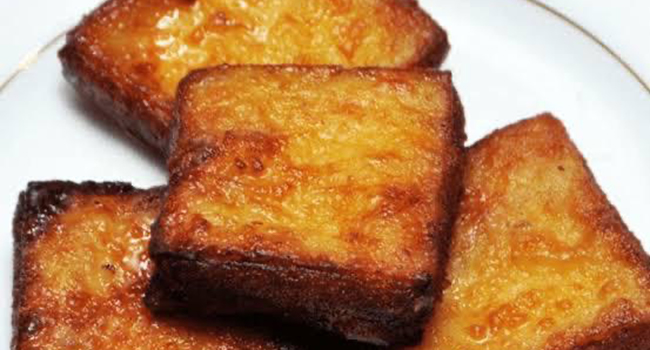 “Bhaja” is a Bengali word which means fried, ingredients of Bhaja Misthi are chhana, sugar, semolina, all-purpose flour. They are a moist variety of Bengali dessert, soaked in thick sugar syrup (Ros) after deep frying. Other variations of Bhaja Mishtis consist of Pantua, Langcha, Ledikeni, Kalojam, Chitrokut, Sorbhaja. Rest of India has only one variety of Bhaja Mishti called Gulab Jamun!

A variety of Bengali desserts that appears like a Sondesh, and is kept moist inside, it like Rasogolla wrapped in a Sondesh skin. Little too sweet and has Sev like garnishing. The popularity of this one is debatable as many Bengali dessert connoisseurs don’t fancy “Khir Kadom” and consider it as overrated. 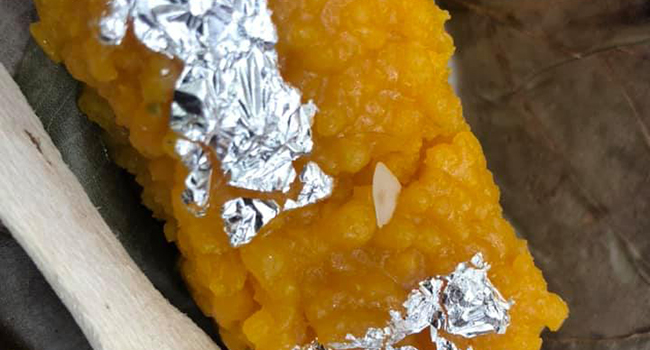 The Bengali variant of Boondi Laddu made using gram flour, sugar, ghee/vegetable oil, and tastemakers like cardamom, cashew along with edible colours. Sumptuous when consumed fresh and mildly hot but little greasy and hard if kept in the fridge (not the ones made with ghee!). 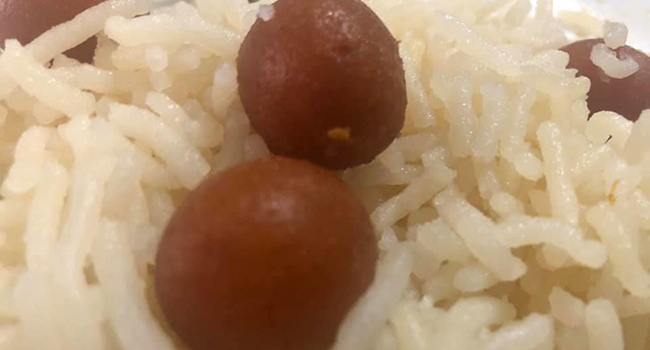 Mihidana and Sitabhog both originated from a place called Burdwan, West Bengal. Primary elements of Mihidana are rice flour and sugar syrup, a distant cousin of Boondi where Mihi means fine, and Dana means grains. Sitabhog is also made using rice flour, sugar syrup, and has vermicelli like shapes. Authentic 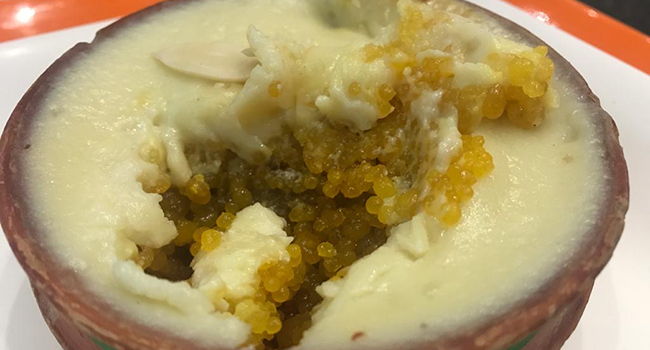 Mihidana and Sitabhog both may contain miniature Gulab Jamun like balls called “Nikuti”, for Sitabhog they are mandatory and optional for Mihidana.

These days Kolkata city is filled with premium/branded dessert shops who offer boutique-style Bengali desserts or “Mishtis” and the townships around Kolkata like Chandannagar, Kalyani, Krishnanagar continue to produce the traditional varieties of Bengali desserts. While city-based premium stores focus on variety and improvisation semi-urban, village shops are about authenticity and genuineness.

Bengali desserts have travelled beyond Kolkata and West Bengal, nowadays every prominent city in India has many Bengali dessert shops, and they are savoured by millions of Indians whether Bengali or not.